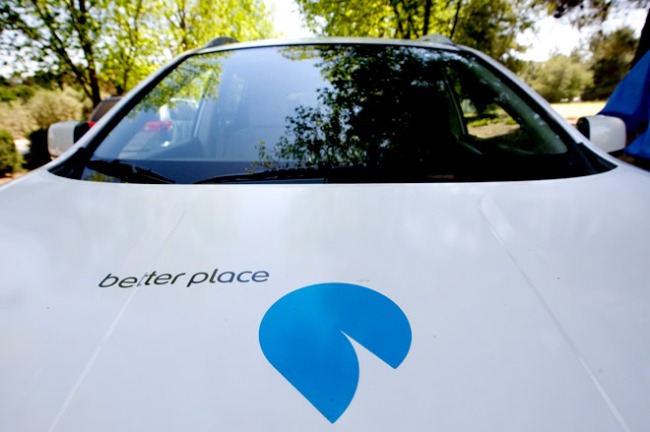 So there we were in a high tech Tel Aviv neighbourhood. Where every building houses at least one NASDAQ listed company. And we started talking about why Israel is such a hotbed for innovation. And Mr Z starts telling me about this incredible new start-up which will turn Israel into the first country on earth where everyone – and he means everyone – will be able to drive electric because it will be that convenient and that affordable. And he felt really proud of it. And so he should have done because that would have been quite a feat. To wean an entire nation off the gasoline habit. Wow.

And he told me about this amazing young Israeli called Shai Agassi who had left a huge position at SAP on the West Coast in order to start up this company. And he told me how Shimon Peres had taken a personal interest in this project and how he had helped Shai to get this project on the road.

And I was amazed.

Years later I went to the Better Place Customer Centre just outside Tel Aviv and drove an electric car for the first time. Try it. But be warned that what you are driving now – whatever that car is – will forever feel so yesterday. Because electric feels so tomorrow.

You start the car. And the only thing that happens is that a few small lights go on. And the computer starts up and asks you to tell it who you are. So you buckle up. Put the car in gear. There is only one gear. And you put your foot on the gas. Whoops. I mean on the accelerator. You take off. And the only sound you hear is a whirrrr and a slight whistle… You get pushed back in your seat because the acceleration is so good and the power curve is so continuous. And it is silent. It feels so civilized. So evolved. So tomorrow.

Now the problem with driving electric is this. 120 kilometers. Which is fine if you drive from your home to the office and then back home. In fact it is perfect. Because you’ll plug your car in every night and you’ll never stop to fill up again. Unless of course your trip takes you further than 120 kilometers which is the current range of an electric car.

So here was Shai Agassi’s genius. If you run out of battery, change it at a battery switch station. And that’s what Better Place was all about. Battery switching. Brilliant. A process that takes less time than it takes to fill a car with gas.

Better Place has been described as the biggest start-up in the history of start-ups. Unfortunately Better Place is no more. The company went bankrupt in May 2013. It was a sad day. For everyone. Not just the brave investors who’d put millions behind this vision.

For a short period of time, I was Global Chief Marketing Officer of Better Place. It was a dream. A chance to save the world from its gasoline habit. A chance, truly, to make the world a better place. I wish it had made it. I really, really do.

I bet it’s a question of time. This whole idea of switching batteries will be back. Because it is so smart. And when it is I will be there. Just as a user this time. But still, I’ll be happy.