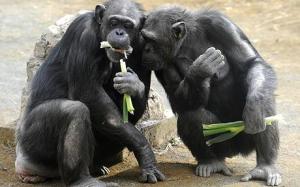 We are what we eat.

We are how we eat.

We are why we eat.

My cultural immersion happened on Sundays in South Africa in the world’s largest kitchen with brothers and sisters and cousins and uncles and aunts. Around a huge table. Food. Wine. Conversation. Laughter. Celebration. Noise. Arguments. Surprises. Friends. Debates. Love. Life …

Well I thought it was the world’s largest kitchen because I myself was so little. Hours of Greek cultural immersion. Always on Sundays. Enough to keep a South African kid close to his roots. Enough to fill the heart with Greekness if not the tongue with Greek.

Then this South African Greek moved to Hong Kong. And after a few years to Greece.

I struggled with the Greek language. But Greek tastes were easy. I’d learnt them in γιαγιά’s kitchen and just like your γιαγιά, my γιαγιά was the best cook in the world.

Greece was a culinary cul de sac in those days. Great food… but no cuisine if you know what I mean. Tavernas, Italian and French. That was about it. I left for Mexico in 1992 and learnt about the wonders of Mexican cuisine which has nothing, and I mean NOTHING to do with the TexMex we call Mexican. And some horrors too … like termite eggs, maguey worms and fried grasshoppers. But that’s another story …

From Mexico I moved to New York, a culinary treat if ever there was one. Nobu. Gotham Bar and Grill. Il Cantinori. Milos. Raoul and a host of others whose names I cannot recall right now. And of course the best hamburgers in the world. But that too is another story …

Athens was these things. For a while. But it all ended after the opening ceremony of the 2004 Olympics.

These awards are twenty years old. Their contribution to the development of Greek cuisine is huge. Chefs are creators. They build on inspiration. They thrive on recognition.

I left with the realization that innovation is alive and well in Greece. At least in the kitchens of the country’s leading restaurants. And it’s the best kind of innovation. Firmly rooted in Greek tradition. But courageously reaching out to the future. Close to the heart of Greeks, but reaching out to an international audience. A cuisine that gives Greece a role in the modern culinary world.

This country can draw inspiration from its chefs. Because the way they move forward is exactly the way we should all move forward. Boldly. Creatively. Rooted in our past. Reaching for our future. Creating a role for Greece in the modern world.

Creative enterprise based on our unique knowhow. The knowhow of life.

All time classic? That sounds like γιαγιά’s moussaka. Nikos Karathanos pays tribute to every γιαγιά. But he moves her into the future and on to the world stage.

Because it’s time to imagine the future.